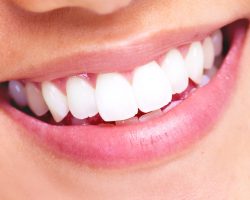 It sounds like something straight out of science fiction. Regrowing your missing teeth? Impossible!

If we could actually regrow missing teeth imagine how much the world would change: we wouldn’t have to be nearly as worried about gum disease or tooth decay, and many complicated dental procedures we perform at our New Albany office would become obsolete. After all, why repair a tooth when you can just extract it and grow a new one?

The results of a recent study found that regrowing lost teeth might not be as far off as it seems. In fact, we share a surprising connection to the greatest tooth-regrowing creatures in the world: sharks.

No, the future JAWS movies won’t be about a crazy human-shark hybrid terrorizing a Florida town. But research has found that we actually share the same gene that sharks have for tooth replacement! Around four or five million years ago we shared a common ancestor with sharks and other fish. When our evolutionary lineage split with our aquatic cousins we both had the ability to regrow teeth due to violent eating habits that lead to a lot of breaks and fractures.

Sharks and other fish are constantly regrowing teeth because of the constant threat of damage. Teeth grow in a second lower row behind the front ones, and as those teeth break or wear out they’re simply knocked out of place by the next set.

The same gene that sharks use to continually regrow teeth is the one that we use to go from our baby set to our permanent teeth. After that first exchange, however, the genes deactivate. We’re left with just one set of replacements and no possibility of growing any more.

To be clear, there has been no progress on re-activating our tooth regrowth gene, but the link has been discovered! The next step is just figuring out how to make it work in our favor. Sorry to disappoint, but we’re still a ways off from the miracle of everlasting human teeth!

Implants: The Peak Of Dental Science

Think of a natural tooth: you have a long root that is held in place by a tooth socket, and then you have the crown of the tooth: the part you see. It’s all one unit that works together wonderfully, and in the perfect world you’d never lose a single one.

Unfortunately, tooth loss is a reality for around 60 percent of the population. The majority of us have lost at least one tooth and many of us will go on to lose more and more. There’s a domino effect that happens with the loss of a single tooth, and only a dental implant, which mimics the biological form and function of a natural tooth, can stop it.

Bone loss is a serious problem for people who’ve lost teeth. The socket that holds your teeth shrinks and is absorbed into your body, but it doesn’t stop there. Bone continues to be lost, weakening neighboring teeth and eventually taking them out too.

Luckily you can stop the entire process and restore your smile with dental implants. These titanium screws are placed in your jaw just like the root of a natural tooth. They bond to your bone to create a permanent, durable seal that acts just like the bond between tooth and bone.

We restore our titanium dental implants with lifelike zirconium crowns that are custom made just for you. And we don’t just do single teeth – we can replace anything from one tooth all the way up to a whole mouthful with permanent, fixed-in-place teeth that look and feel just like the real thing.

Who knows how long it will take until we’re able to regrow teeth – if ever. Until that time we’re proud to be able to offer you a variety of dental implant services that can get you the stability, reliability, and look you want from your smile.

If you want to discover all the implant solutions we have to offer just call our New Albany office at 888-469-3982 or simply request an appointment online. We look forward to seeing you soon!