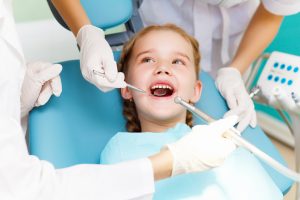 Zac Brown, 8, from England has baffled local dentists, family dentists, and cosmetic dentists alike with a most unusual set of teeth. Brown’s adult teeth began coming in before he lost his baby teeth. For about one year, Brown has lived with his baby teeth and adult teeth in his mouth, one in front of the other, at the same time. How does this happen?

Peers Fittingly Nickname Brown “Jaws”
“His friends call him ‘Jaws’ because he’s got a second set of teeth just like sharks do,” Brown’s sister, Niamh, tells The Daily Mail. The children’s nickname is actually spot on. The condition is officially called pediatric shark teeth, again owing to the resemblance to sharks’ teeth, and it is not as rare as you might think. In fact, 10% of children have the condition — at least up to a point. It is much more common to happen with just two or three “extra” adult teeth in young patients’ mouths. Having a full set of baby teeth and adult teeth simultaneously is much less common. Brown will likely need cosmetic dental treatment to remove his baby teeth.

Other Rare Conditions That May Warrant A Trip To Cosmetic And/Or Pediatric Dentists
More than half of Americans who undergo cosmetic dentistry are between the ages of 41 and 60. More children and teens, however, see cosmetic dentists (or local dentists for cosmetic reasons) than you might think. In rare cases, even infants have good reasons to visit the dentist just about immediately. About one in 1,000 children will be born with natal teeth. Dentists remove these natal teeth, which can be loose and wiggly, shortly after birth to prevent any choking hazards.

Tooth loss and cosmetic problems in children — and even adults under 35 — are typically attributed to trauma, athletic injuries, and fights. That doesn’t always turn out to be true, however. Brown — and even some babies — may undergo cosmetic dentistry to improve the appearance of their smiles (99% of people believe teeth are important in social situations) or ensure their own safety.